Pupils from Kensington Primary School and Little Ilford Secondary School have teamed up to create a new and innovative extra-curricular collaboration: Drone Club.

David Hope, Assistant Head teacher at Kensington Primary School contacted Ladi Oloyede, Specialist Teacher of Graphic Products and Resistant Materials at Little Ilford, following the interest of some Kensington ex-pupils who had heard about Drone Club whilst picking up younger siblings. In conversation with Mr Hope, they suggested just the teacher at their secondary school who might like to get involved! Ladi Oloyede and David Hope have been working together on the club ever since.

The club aims to build and nurture a broad range of skills, including team building, coding, map skills, technological and scientific understanding and entrepreneurship. These skills are developed through the highly motivational subject of drones, a technology which excites and motivates children throughout the primary and secondary age phases.

Kensington Primary School is the first school in Newham to join the BMFA (The British Model Flying Association) which is the National Governing Body for the sport of model flying, and which aims are to promote, protect, organise and encourage model flying within the UK. To ensure the drones are flown safely and responsibly, the drones are flown inside the school hall and insurance is held to fly nine drones simultaneously in this space.

Club attendees will be working their way towards passing a Drone Flying Proficiency Test, developed by Mr Hope, who has a long standing interest in designing and building radio controlled aircraft. So far, Tharun in Year 5 has passed the test and was rewarded with a very special drone badge and certificate.

Little Ilford pupils are currently working on the design of a drone circuit as part of their technology curriculum. This gives the pupils a real life purpose for their project and will result in Kensington being supplied with the finished drone circuits to use for their club.  Pupils will also be collaborating to design frames for the drones, and will be using Little Ilford’s laser cutter to bring these to life.

The club has already gained great popularity, with a new second group being set up to accommodate high demand. 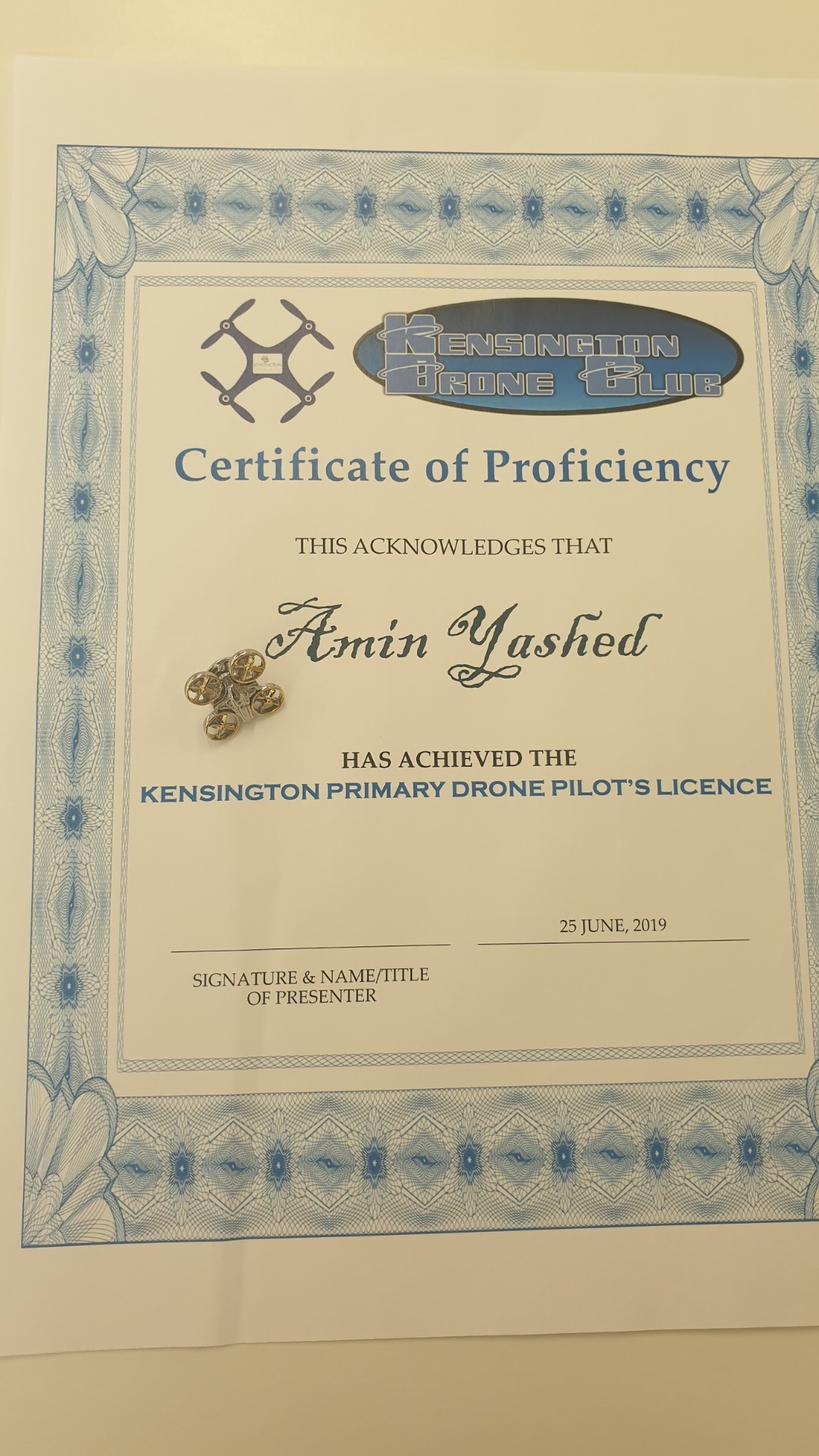