​​​​​​Our Sports Hub team is dedicated to improving the quality of Physical Education for children across the Trust and beyond. Find out more about them below

Paul has worked within Sports Development / School Sports for more than 15 years. Since 2012, as P.E subject leader at Curwen Primary School where he led a P.E Team that achieved the YST Gold Quality Mark becoming one of just 104 schools nationwide to achieve the School Games Platinum Mark.

Paul was instrumental in developing a broad and varied curriculum at Curwen Primary School which included offering swimming to the whole school via the ‘Make a Splash’ pop up pool programme, working with NGB’s including NFL, Rugby League, Chance 2 Shine Cricket, The FA and piloted initiatives such as SchoolsRun and UK Wallball.

Before this Paul was the Healthy Living and Sport Project Manager for West Ham and Plaistow NDC responsible for delivering a physical activity programme to all the E13 schools.

Paul also manages the Newham Schools Primary District Boys Football Team. His team won the ESFA National Finals in 2018 and they represented England in 2019 at the Danone World Finals in Barcelona. 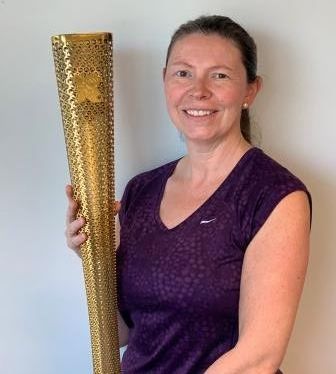 Catherine has a vast experience of teaching PE across the primary phase. Since graduating in 2000 with a BA (QTS) in PE Catherine has held the positions of class teacher, Assistant Headteacher, subject specialist PE teacher teaching EYFS – Year 6 and a local authority PE Adviser where she helped schools to raise standards of PE and Sport across more than 80 ethnically diverse primary and secondary schools. Catherine is currently the subject leader at Curwen Primary School and works across Tapscott Learning Trust supporting children from Early Years to Year 6. Catherine has a Master of Science in PE and is a Specialist Leader of Education, supporting leaders to improve practice in their own schools.

As a PE specialist Catherine has led the subject to ensure that children make accelerated progress and are physically literate by the time they leave year 6. Catherine has been responsible for planning, delivering and assessing units of work, written subject action plans, delivered on the school sport premium grant, developed PE delivery through a broad and balanced curriculum and introduced new areas of activity such as archery, tri golf and orienteering. Catherine’s practice has been graded outstanding by Ofsted.

As a PE Advisor Catherine has supported both primary and secondary schools with changes to the national curriculum, assisted in PE subject Ofsted inspections, provided guidance on writing actions plans and SEFs, carried out lesson observations, delivered bespoke individual and whole staff professional development and aided subject leaders in planning and writing schemes of work.

Aaron has been a PE coach for 5-6 years, teaching across both Primary and Secondary schools. In 2012, he graduated with a BSc in Sports Psychology & Sports Massage Therapy. Aaron has worked in over 30 different schools, providing a plethora of sports and classroom-based lessons.

Specialising in Flag American Football, Aaron has taken this sport to many schools where it is often experienced it for the first time. He uses his knowledge of the sport with the passion and enthusiasm he always gives when he teaches. Aaron gained these skills whilst working with NFL UK for 2 years, teaching in 2 schools a day, 5 days a week in 4 different boroughs. During this time, Aaron worked with professional coaches and players that helped him build his career and gain the confidence to teach in all conditions, situations and sectors. Aaron has also completed Flag Football courses for ages 7 -16.

Although Aaron specialises in Flag Football, he has taught all sports across Primary and Secondary schools to an excellent standard. He is trusted and appreciated in all the schools he has worked in, and is always looking for ways to improve and enhance sport within them.